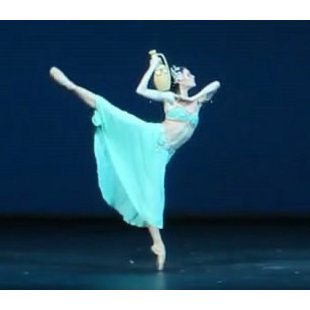 舞_悦
2917 粉丝
详情
2016-02-29 23:20:42上传
2016年2月23日，荷兰国家芭蕾舞团直播演出了二幕芭蕾舞剧《玛塔·哈莉》（Mata Hari），舞剧展现了这位荷兰女子动荡变幻和迷一样的人生，来看看荷兰国家芭蕾舞团官网上的简介： THE WOMAN, THE DIVA, THE MYSTERY The turbulent life of the Dutch spy and dancer Mata Hari is at the heart of a large-scale production by Dutch National Ballet. Margaretha Geertruida Zelle – more commonly known as Mata Hari – is one of the most iconic women in Dutch history. IN SHORT Mata Hari was born to a well-to-do Frisian family in 1876 as Margaretha Zelle. Following an unhappy marriage, Zelle went to seek adventure in Paris. As the exotic, mysterious Mata Hari, she became one of the most famous dancers of her day. She travelled throughout Europe and had a network of highly placed lovers everywhere, which made her an ideal spy during World War I. She was accused – rightly or wrongly – of being a double agent, and she died in front of a French firing squad in 1917. 本场主演： Mata Hari: Anna Tsygankova (Principal) 创作人员： Choreographer：Ted Brandsen，the artistic director; Music composer: Tarik O'Regan, one of today's leading British composers; Set designer: Clement and Sanôu; Costume designer: Francois-Noël Cherpin; Brandsen is working with librettist Janine Brogt on a scenario in which Mata Hari's life will be brought to life in cinematic scenes. Mata Hari was a passionate woman, for whom real life was too restrictive, which is why she was continually creating new images of herself and new guises. MUSIC Dutch Ballet Orchestra, conducted by Matthew Rowe.